the final touches of the PACCARD brand 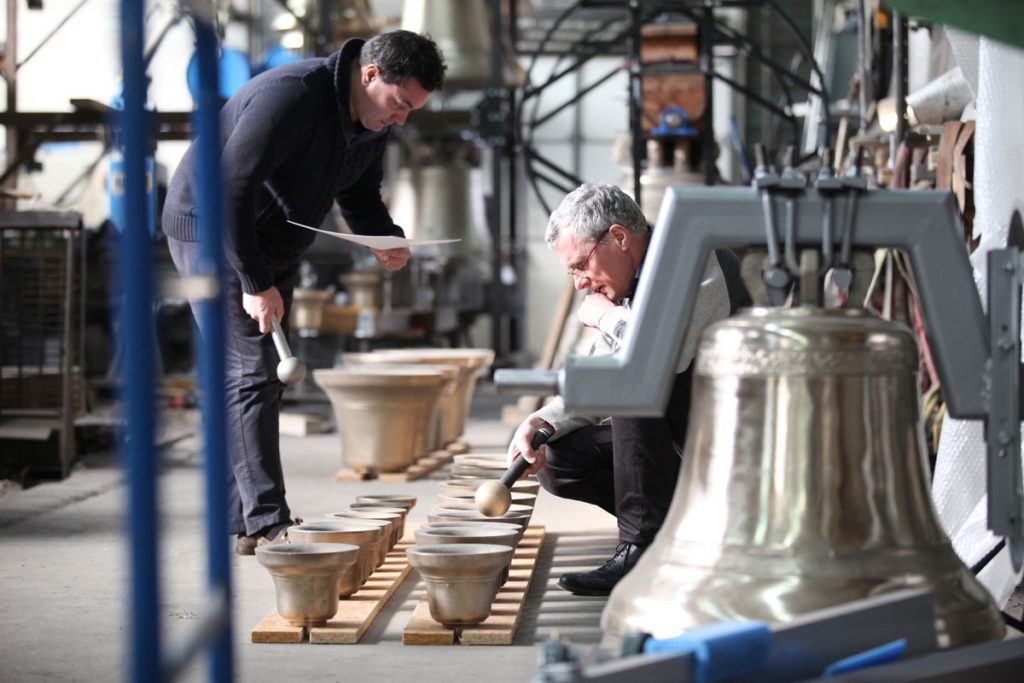 Mastery of the shape, quality of the metal and precision of the tuning have given PACCARD Foundry its worldwide reputation. Like Stainway, Fazoli, Delmer or Stradivarius, PACCARD is today synonymous with musical excellence. The bell, an instrument with a very rich sound does not, however, naturally give a fundamental note accompanied by right and judiciously dosed harmonics. The strike of the clapper awakens a whole variety of sounds within the bronze : a real bouquet of notes. It is the tuning of the notes that will bring out the power and purity of the fundamental. It is their intensity that creates the richness and the breadth of the tone.

The precision of the tuning

The bell is a real musical instrument. When set in resonance, it produces a main sound – called Fundamental – and secondary sounds called Harmonics – Octave Below, Minor Third, Fifth and Upper Octave – which are perfectly measurable.

The intensity and the the variety of these different harmonics constitute the tone, particular to each instrument. However the bell has a distinctive feature : its third harmonic is slightly diminished, making it a minor third. This is what gives the bell its particular, a little melancholic tone.

Particular care is taken in the tuning of each of our bells. This technique consists in slightly modifying the shape – by removing metal inside the bell – in order to perfectly adjust, one by one, the five harmonics that make up the tone. Each bell – and each harmonic- is tuned to the 1/100th of a semi-tone.

Although electronic devices are nowadays used to check the accuracy of the bell’s tone, at PACCARD Foundry, it is the ear alone that determines the whole operation. This not only tunes each individual bell, but also the bells of the same carillon in relation to each other.

In the whole world only a very small number of bell founders have mastered this tuning technique. They are called chime makers. 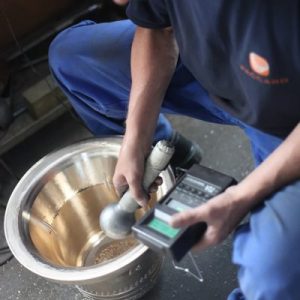 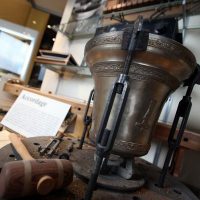 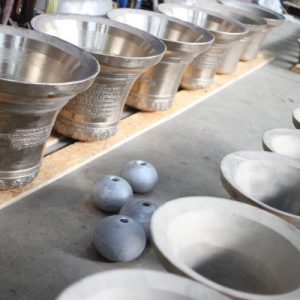 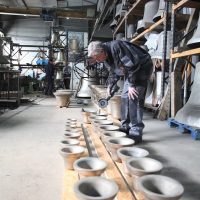 The melody of the bells

Nevertheless, when a bell is struck, it does not produce a single note, but a melody, whose notes develop in a harmonious and melodious chord : the minor arpeggio. This arpeggio is constituted by the octave below, accentuated by other parts : the fundamental, the minor third, the fifth and the upper octave…

A tuned bell never goes out of tune. That is why the philosopher Alain said that a bell is the most perfect musical instrument.

A unique signature of the PACCARD Group
Discover